Integrating characters : how to breathe life into your images?

As a virtual imagery company, our job is to offer you all the available tools to help you present your projects and products. This also means letting you know about these tools! The following article explains the process and also serves as a guide to integrating characters into your 3D renderings.

What exactly does integrating characters mean?

There are varying degrees of realism that can be achieved in a 3D rendering. You could very easily decide to be satisfied with a rendering that “looks like” it’s 3D, when the aesthetics are not the ultimate goal. By the same token, you may also choose to raise your creations to a whole new level in terms of the detail and finish, and do so to such an extent that it’s sometimes hard to tell the difference between a rendering and actual reality…

Let’s say you’ve just created a 3D environment. You’re pleased with the result but it’s lacking a little something or maybe you’d simply like to take it to the next level. Have you ever thought of integrating characters?

The integration of characters is the term used to describe adding people to an image. There are numerous advantages as well as various options open to you when it comes to adding people to your renderings. And the beauty of it all is, it’s a lot less complicated than it looks!

Integrating is the action to add characters into an image.

The benefits of integrating characters

The integration of characters can significantly enhance your 3D imagery project. It’s a powerful tool with the potential of making your illustrations substantially more compelling and realistic! And that’s because there are numerous benefits to bringing people into play when to comes to presenting your products. The following are just a few of them:

Adding to the context

The first advantage of integrating characters is the creation of a context. Some projects can be difficult to understand or properly assess without the presence of a person to clarify things. For example, in this image produced for Blanco Canada, the fact that the kitchen has an occupant allows us to understand its configuration. The layout of the entire room would have seemed a bit strange without a person with reduced mobility to explain it to us! 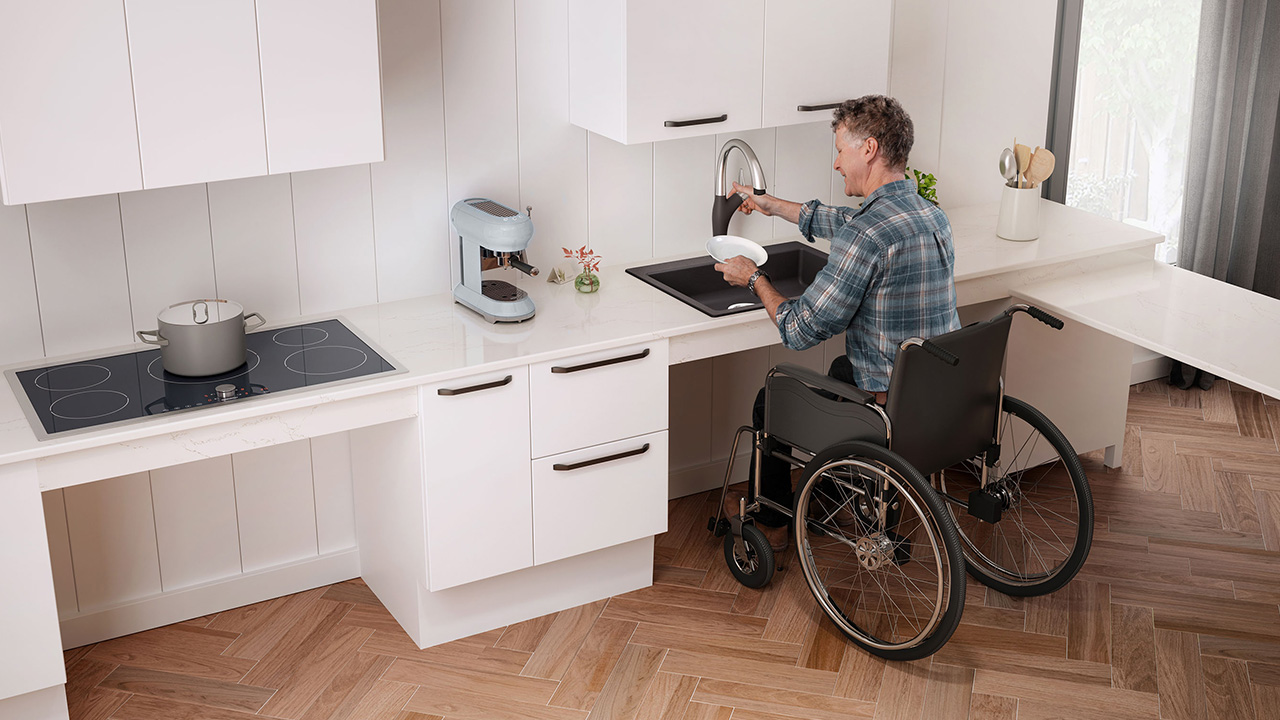 This illustration for our customer Blanco Canada shows the configuration of a kitchen adapted for people with reduced mobility. Adding a character helps us better understand the reasoning behind the room’s layout.

Therefore, if you’re designing a room with a specific purpose, let’s say a leisure area or study room, adding a person who interacts with the environment to illustrate the reasoning behind its design can shed light on the “context.” Here’s another good example: : 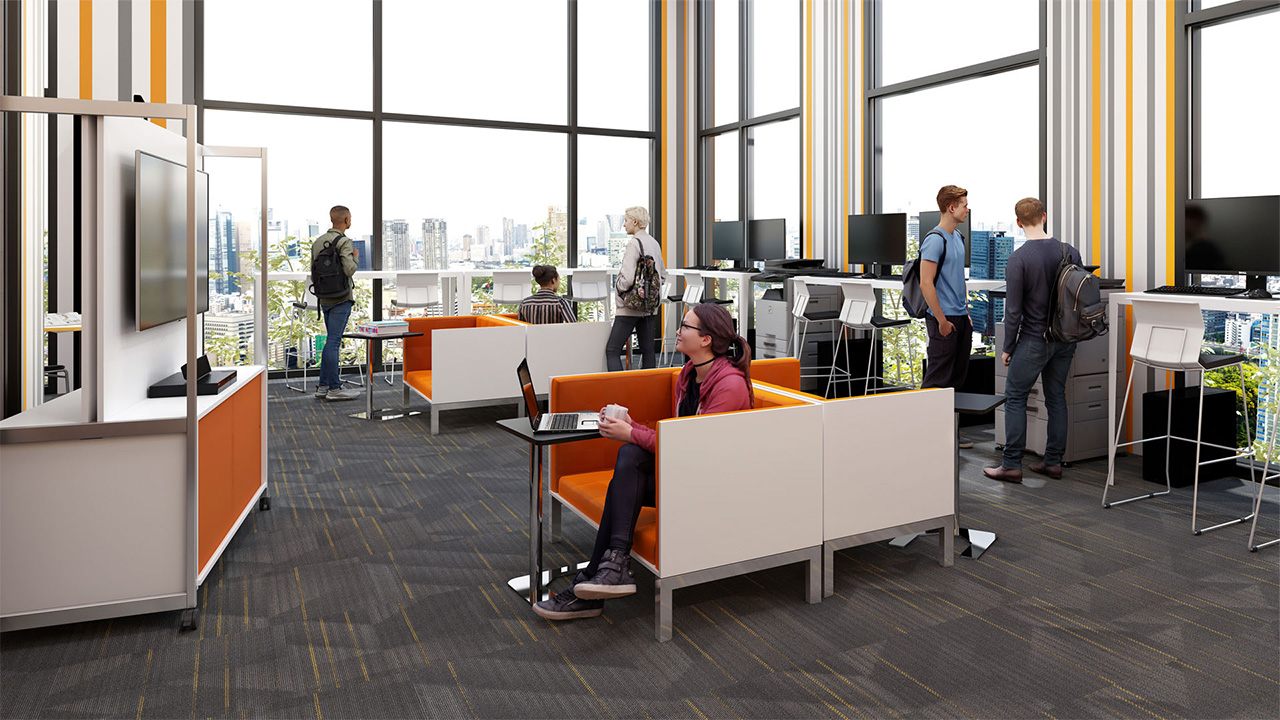 This is another example of context. If this study room designed by Raeco had been empty, it would have been difficult to guess it’s true function.

The second advantage of integrating characters into a 3D scene is the possibility of creating or adjusting the ambiance you want it to exude. For example, a building could appear unwelcoming without the presence of human beings who live there and bring it to life. The addition of people in a scene such as this breathes life into the overall atmosphere. This small detail may seem trivial but it’s not! The entrance hall to an apartment complex that is animated will definitely seem more cheerful and attractive to a prospective tenant or buyer. That’s because it’s a lot easier to picture yourself as being part of this crowd than being a simple bystander. This human energy brings added warmth and a sense of belonging to a scene, and beckons us to be part of it. 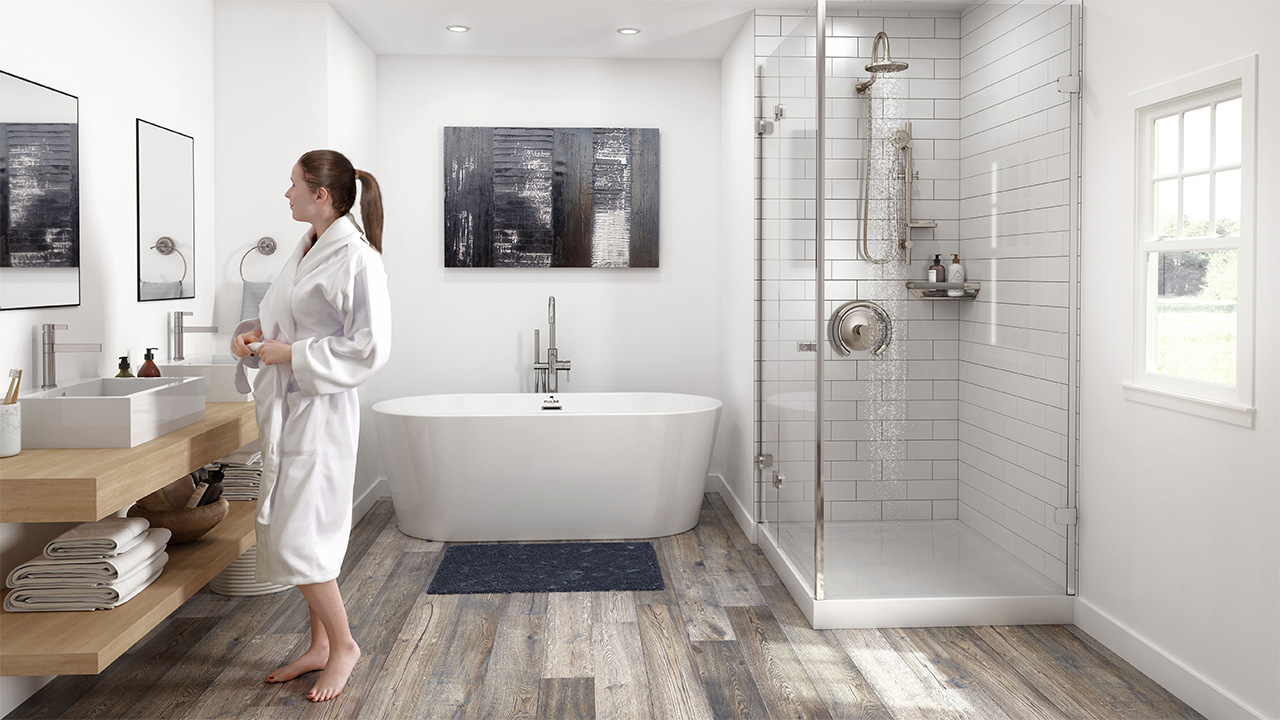 We are far from the usual bathroom rendering. We are getting more intimate…

The degree of realism

As well as providing ambiance and context, characters also bring added realism. For example, an image showing a place that is dynamic and feels lived in will seem more plausible than one devoid of life. This is a shortcoming that you often see in photorealistic renderings. You can have the most beautiful lighting and the most successful textures in an image! However, the minute you see an image of a building without any people or life in it, you realize it’s computer generated.

The thing is, in real life there are always people, and even animals or fallen leaves that are part of the scenery. Integrating an entire crowd or even a single person will make the place seem more lifelike and arouse the viewer’s curiosity. Your projects suddenly become more “attainable.” Transforming a static environment into a dynamic one can be a game-changer when it comes to presenting or selling a product. 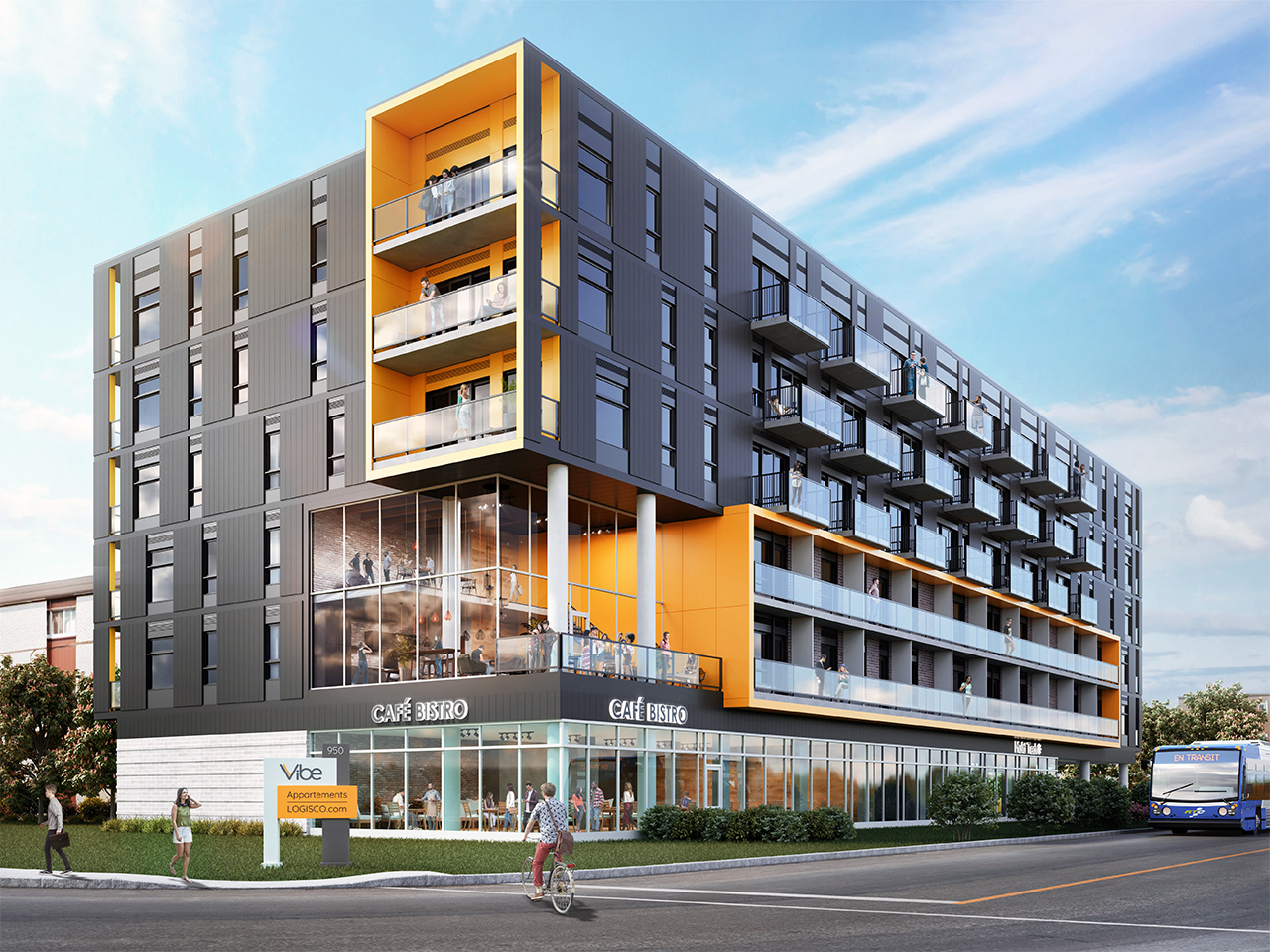 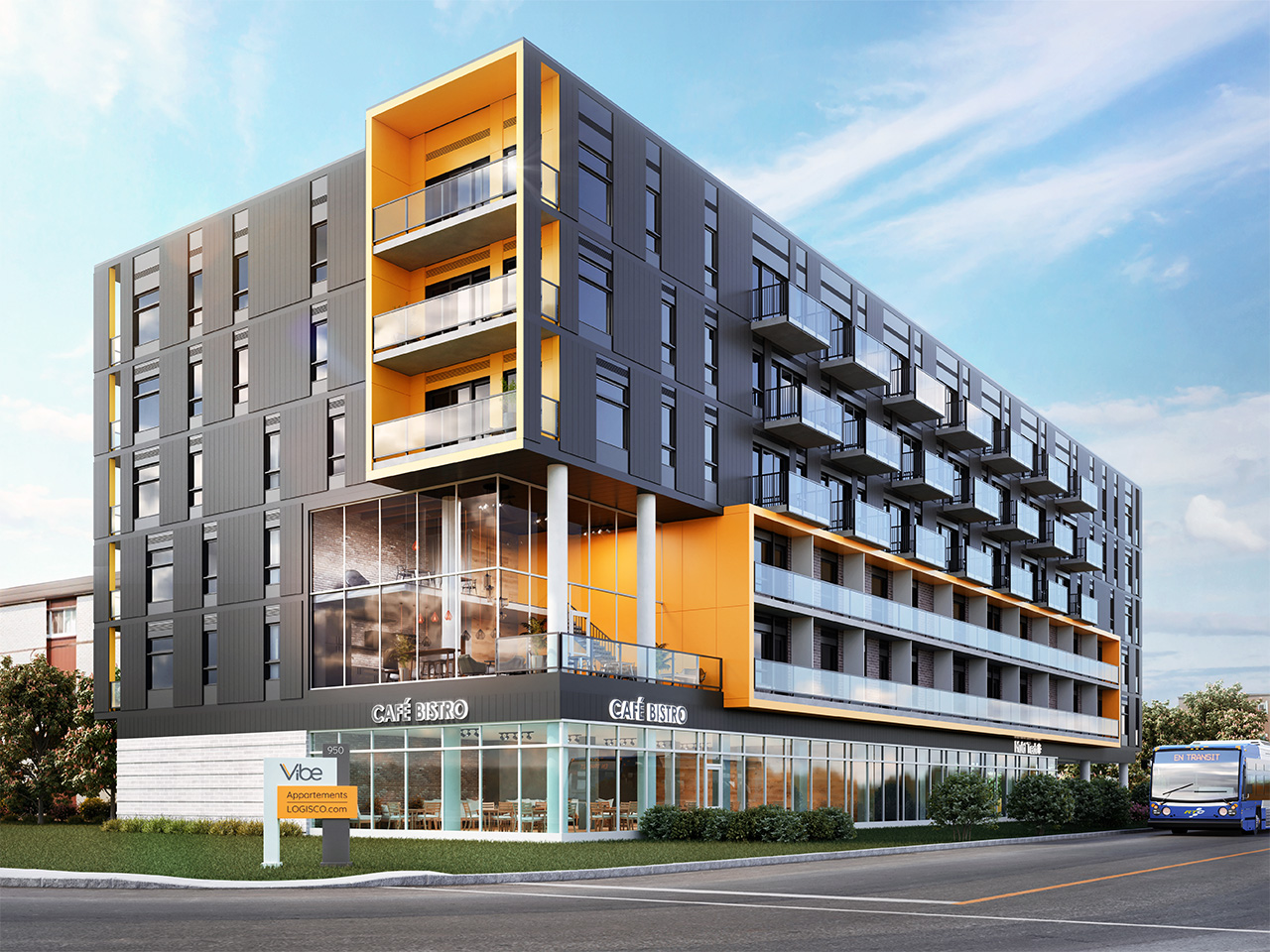 This image would seem significantly less plausible if it was devoid of life. People add to the realism and credibility of the scene.

The options when adding people to your projects

When it comes to integrating characters into your 3D environment, there are a variety of available options. At Kub Studio, the team principally offers the integration of either 2D or 3D characters. There are important distinctions between the two processes, and each has its own specific advantages

Integrating 2D characters can be a very simple operation. There are banks of stock images of all kinds of people assuming all kinds of positions. If one of them meets all of the project’s technical and artistic specifications, we can select it and then integrate it into the image. It’s a very simple option that allows us to “fill in the gaps” when the presence of characters is not the main focus.

However, when working in 2D, we can also take a photo of someone and add it to the rendering at the post-production stage. It involves additional steps and greater challenges but the end result is worth it.

The added bonus of integrating someone that has been photographed is that it gives us the option of customizing the person’s movements so they correspond to a very specific need. For example, we were asked to create a rendering of a fisherman in his boat. We needed a man in his thirties, with all his equipment, in a sitting position with his arm stretched behind him steering the boat. The request was a little bit too precise for us to be able to find the exact 3D model we needed. As realism was of crucial importance to the project, we had to exercise a great deal of ingenuity.

The solution? Studio photography! We asked an actor to help us out and we rented the equipment. For the actor, it was simply a question of assuming the right position. For us, we had to accurately adjust the studio lighting to simulate the environment’s natural light, position the camera to ensure the angle was identical, and then integrate everything into the rendering. 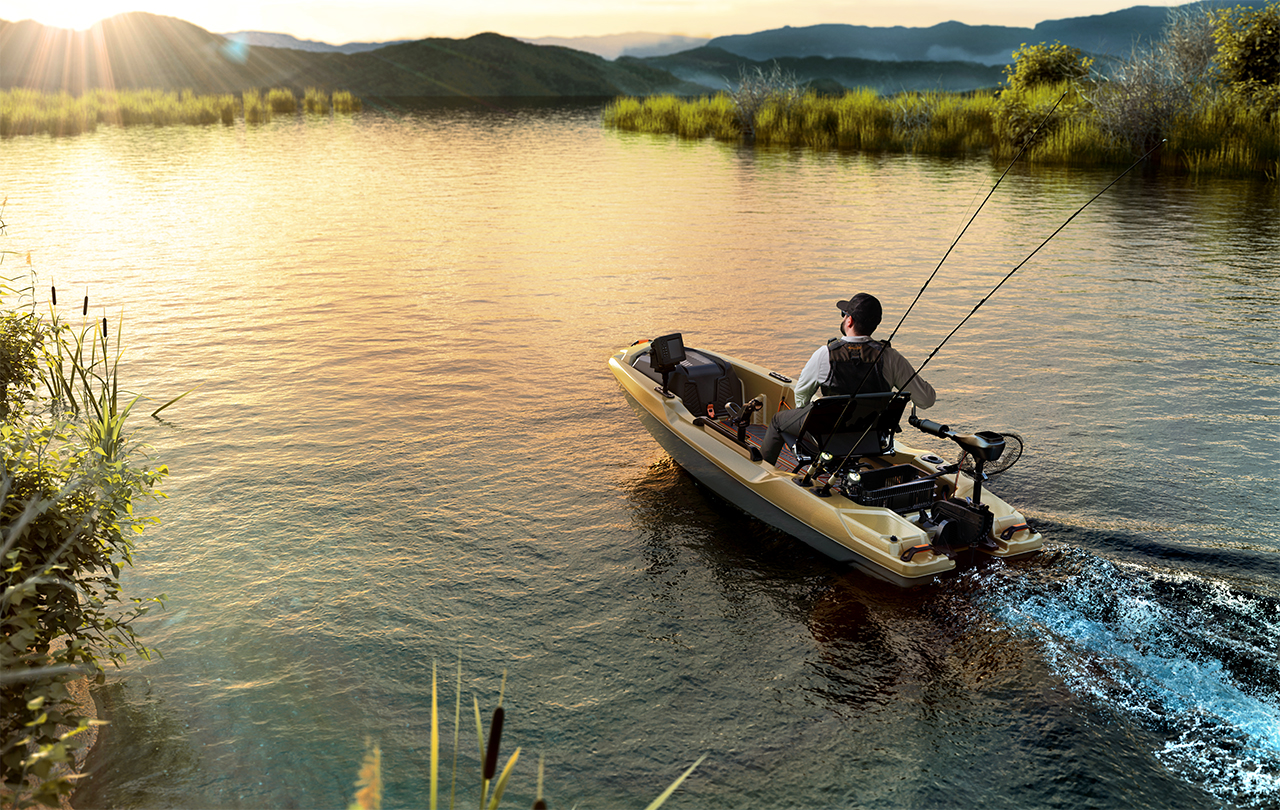 With the help of an actor, we managed to recreate the perfect pose and perfect angle. Our goal was to make it seem as though he was interacting directly with the boat.

It was essentially a slightly more complex process but the advantage here was that we were able to respond to a very specific request!

We can also integrate a character directly into a 3D scene. There are numerous banks available on the Web with characters that are already modelled and textured, either in a specific pose or not. It’s an affordable and rapid process! You choose your models, we position them in the scene, and you’re on your way. The advantage of using characters in 3D is that they blend into the scene perfectly. Whereas a photo already has its own lighting and shadows, 3D models will be impacted by the elements that surround them and seem more realistic. This is the perfect technique when a character occupies a prominent place in the image, without being the focal point.

The choices are admittedly more limited than with traditional photography, which can provide a very specific, “tailor-made” person. However, when the character is not the main subject of the image, the use of 3D models is an ideal alternative. For example, if there’s a need for crowd simulation, resorting to 3D models will save you considerable time and money! 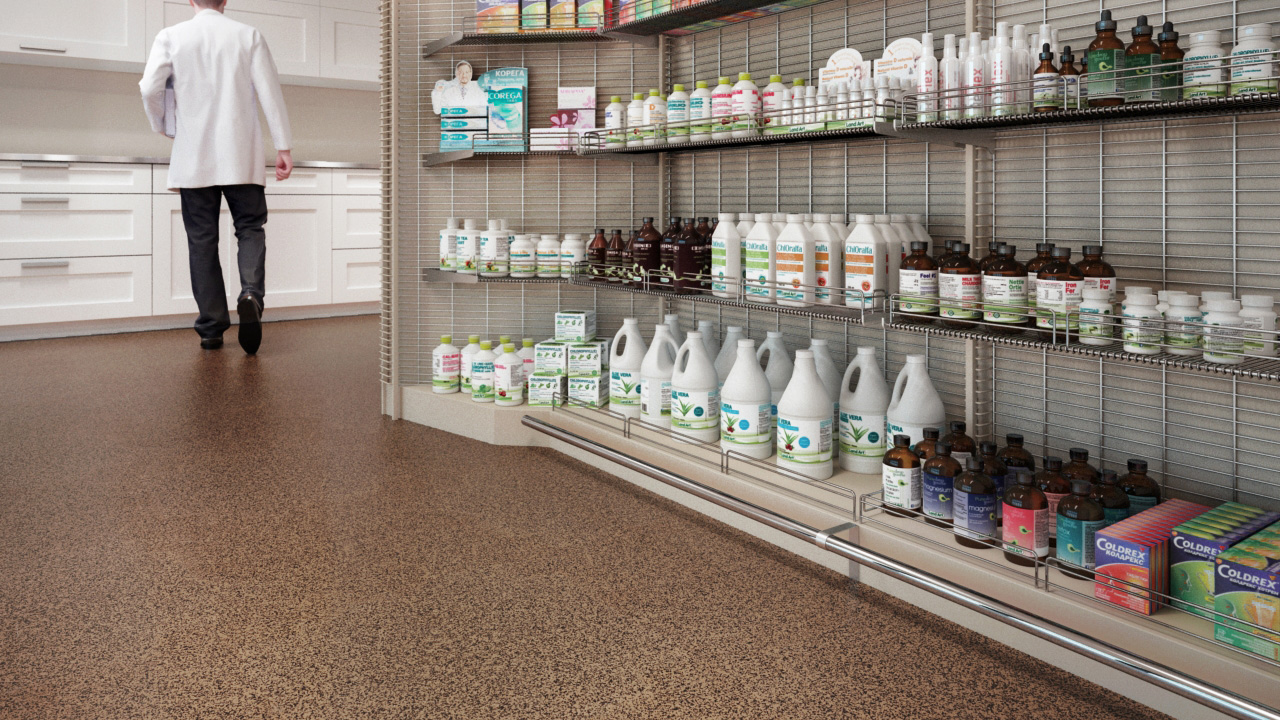 When it comes to presenting your products, there are several significant advantages to integrating characters into your images. You can use it to provide your image with a clearer context, more life or simply greater realism. It can be done in 2D or 3D, with a very specific or less specific purpose… There are endless combinations! The final result will invariably succeed in capturing your target audience’s imagination.

The decision is now entirely in your hands: characters or no characters? If you are still in doubt, contact our designers! They will be more than happy to help you make an informed decision and answer all your questions. 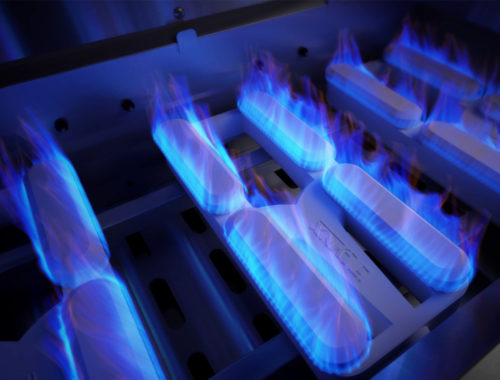 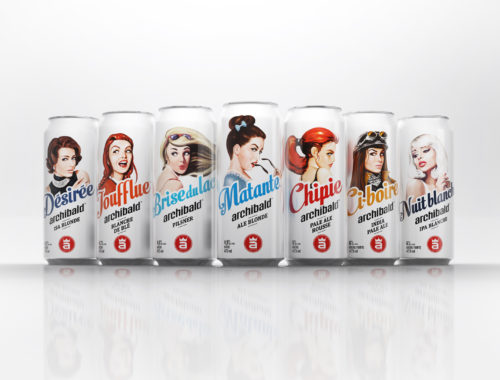 Case study: Archibald and the Power of White Backgrounds 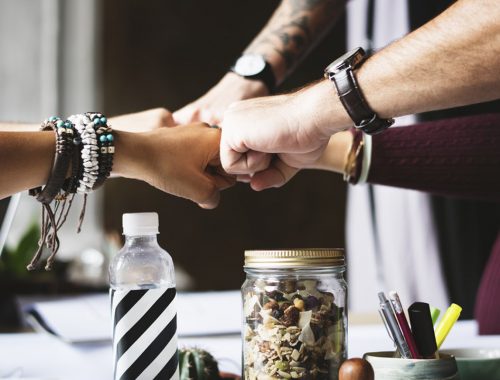 How to Choose the Right 3d Imaging Company for You?

©2022. KUB Studio
Website made with by Sudo web agency